Did you know that in the UK people start their period at 13.3 years old, on average, but in Nepal, the average age of menarche is 16.2? This means that the total number of periods somebody has in their life can change from 430 to 500. That’s potentially a difference of 70 periods over a lifetime depending on where they happened to grow up in the world. We wanted to see how much the average amount of periods in our lives varies across the globe, and if there’s a reason why. Here’s what we found:

What is the average age of a first period?

As it turns out, the average age that young people start their periods (also known as menarche) varies from one country to the next! According to a study that compared the average age of first periods in 67 countries, the average age of menarche starts between twelve to just older than sixteen years old depending on which country you’re from. 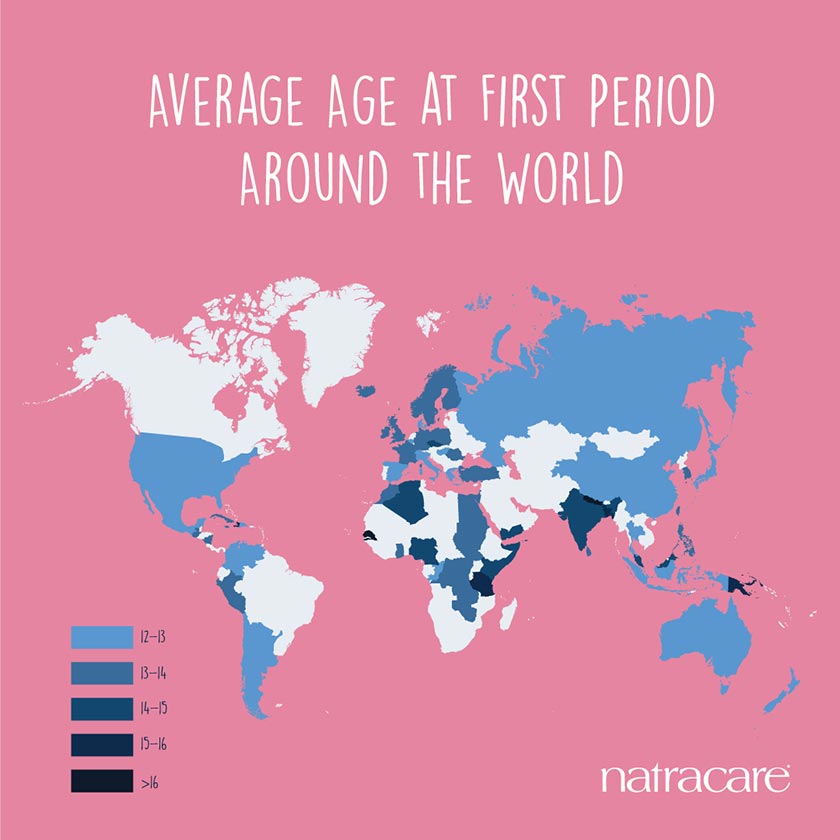 There doesn’t seem to be a clear explanation for this difference. However, this study in particular, found evidence to suggest that extrinsic factors like living conditions, nutrition and levels of physical exertion could influence the average age of menarche. For example, good nutrition promotes earlier first periods, but physical exertion like working in manual labour can delay them.

Your period is unlikely to be your favourite time of the month. For some people, having fewer periods as possible throughout life might be the ideal. So, if you’re based in a country with an earlier average age of menarche, does it mean that you’ll have more periods during your lifetime? 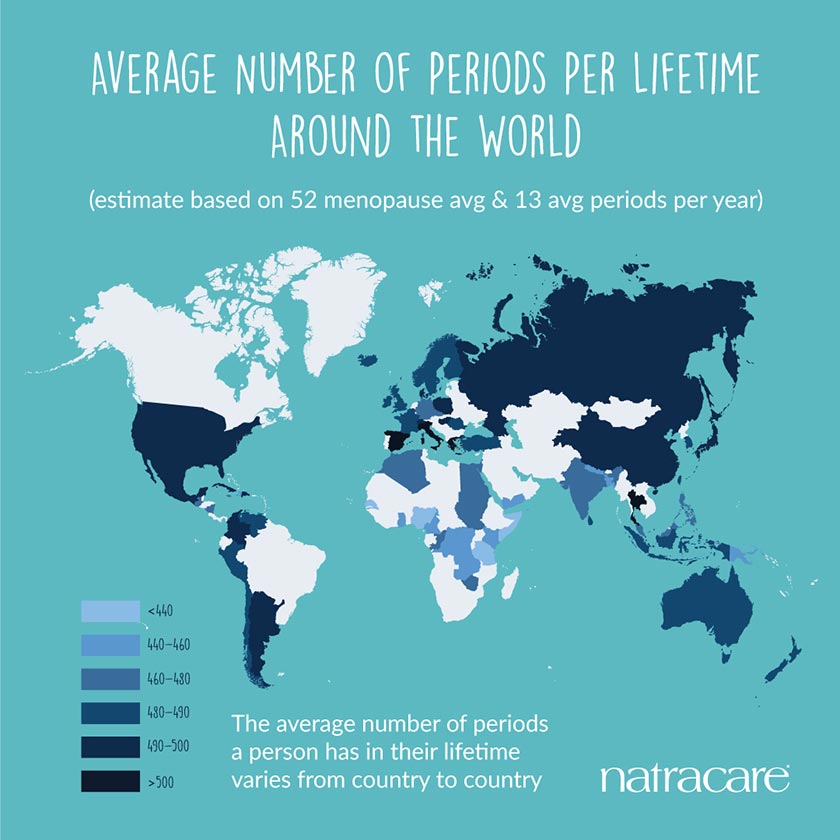 The study also assessed the average age ofmenopause from country to country. Menopause varies from 44 to 52. It’s worth mentioning the data was only found for 26 of the 67 nations in the study, giving an incomplete picture. For this reason, we’ll never know (or at least until further studies are completed) for sure how much location plays a part in how many periods someone has.

But what if the number of periods we have in a lifetime was also increasing?

In some countries it is! The age of female puberty and menarche has been found to change throughout human history. In western cultures specifically, the age of puberty has been seen to decrease over recent decades. In America in the 20th century, the average age of menarche was around 16, but now it’s around the ages of 12-13 years old. There’s currently no concrete explanation as to why – more research is needed on this!

Have you noticed a difference in the age you started your period compared to people from different countries or generations? Perhaps one to discuss when you’re swapping first-period party stories. Tell us about your experience in the comments!