Without a doubt, puberty is a turbulent phase of life, from experiencing changes to the way your body looks and feels, to starting your period. But who would’ve thought that puberty can also be affected by exposure to certain man-made chemicals? Unfortunately, this is what numerous scientific studies have indicated in recent decades.

During puberty, your body goes through a profound physical and biochemical transformation – puberty is the journey from sexual infancy to reproductive maturity and, ultimately, from childhood to adulthood.w

This transformation is regulated by the production of hormones, which send signals throughout your body via your brain to prepare for reproduction. The message the hormones will send is crucial, as it determines sexual maturation of the gonads (ovaries in females and testes in males) and the brain.

Is puberty getting longer?

Scientific studies have shown that over the past 30 years, puberty in girls is starting at an earlier age. Nowadays, puberty is beginning for girls as early as 8 years old, whereas before, the typical age to start puberty was between 9-13 years. While the first signs of puberty might be seen earlier, the age of menarche (that’s your first period) hasn’t changed as significantly. This could mean that the puberty process is lasting for longer, as young girls start puberty earlier but still get their period around the same age as pre 1990.

Why is puberty starting earlier?

The reason behind this shift in the age of puberty is not yet known and currently under investigation, but evidence suggests that it’s the outcome of an interaction between genetic and environmental factors, one of these being exposure to endocrine disrupting chemicals (EDCs) present in our environment. 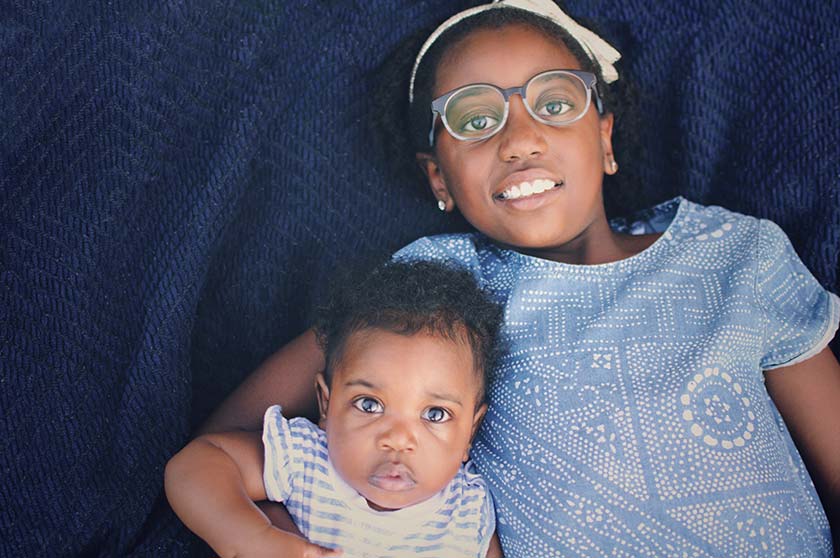 The effects of EDCs

According to the Endocrine Society, a global organisation of scientists devoted to endocrine research, an EDC is “an exogenous chemical or mixture of chemicals, which interferes with any aspect of hormone action”. This means that exposure to such chemicals may alter the hormonal signalling that governs the process of puberty, resulting in early onset of puberty and other endocrine-related adverse effects. In fact, exposure to EDCs has been associated with various health problems such as defects in the reproductive organs causing infertility; endocrine related cancers (e.g. breast and prostate cancer); obesity; diabetes; and developmental effects on the nervous system in children.

The effects observed in puberty development could relate to exposures that took place early in life, or even in prenatal stages (before birth), since mothers can transfer their chemical burden to their babies.

Are EDCs in products we use?

In our daily lives, we are exposed to a vast number of chemicals and chemical mixtures which are considered EDCs. These range from industrial chemicals and pharmaceuticals, to chemicals used in plastics and packaging, pesticides and biocides, cosmetics and hygiene products and various household items. This means that often, any adverse effects cannot easily be pinned down to one chemical alone. In addition, different EDCs may cause different adverse effects, i.e. chemicals interfering with the action of the female hormones like estradiol will result in different effects than those that interfere with the action of male hormones like testosterone. This means that the effects of these chemicals will be different depending on your gender.

EDCs and puberty: what we know so far

All the above factors make it very challenging to research and identify the chemicals that alter the timing of puberty, and at the same time very urgent. However, there is some indication as to the chemicals that may be the most problematic.

A survey published last year analysed samples from pregnant women for certain chemicals found in personal care products, which are also associated with altered pubertal timing in animal studies (e.g. phthalates, parabens and phenols). It discovered that daughters of the people with the highest amounts of these chemicals in their systems experienced early puberty and/or menarche. Other chemicals, which are used as pesticides and biocides, or in plastics and food packaging, have also been associated with alterations in the onset of puberty in girls, and an increased risk of breast cancer.

While more research is necessary to understand the underlying reasons for early puberty in children, our policy makers should urgently take measures to eliminate human exposure to EDCs. In the meantime, you can learn more about EDCs, where they’re found, and how to protect yourself and loved ones from them in the PAN Europe consumer guide and leaflet.