Smear tests (or cervical screenings) are often put off due to concerns about the procedure or embarrassment about gynaecological appointments, but they’re vital for detecting cancer early. We spoke to Lex Croucher, a YouTuber and author who filmed her own smear test to encourage her audience to attend their screenings, about how the test works and how best to prepare for it.

What is the pap/smear test for? Why is it important?

Smear tests check the health of your cervix, which is the opening of your womb. I had no idea what a cervix looked like until I needed some minor surgery on mine and the doctor showed me a photo of it – it looked like a little pink donut (albeit the least delicious-looking donut I’ve ever encountered in my life). I wanted to ask if I could have a copy of the picture to display in my flat like modern art and see if anybody noticed that I had my womb-opening on display for all and sundry, but I thought that might be considered a little weird.

During a smear the doctor takes a sample of your cervical cells and tests them to see if there have been abnormal cell changes. If anything seems amiss, they monitor those changes closely or treat them to prevent them from leading to cervical cancer.

When is the pap/smear done?

It differs from country to country; in the UK, you’re invited to your first smear test at the age of 25. I was a bit too keen when it came to mine; I’d seen so much information about how important it was to get it done and I was determined to set a good example for the young people who follow me online, so I tried to book in the minute I got the letter in the post a month or so before my birthday only to find out that you have to actually be 25 to get it. In the end I had it done a couple of weeks later as a delightful birthday treat.

The NHS recommends that you get a smear test every three years from age 25-49, every five years from 50-64, and after the age of 65 only if 1 of 3 of your tests showed abnormal results. I’ve actually had two already and I’m only 27, because I had a test done for a video to demonstrate the process to my YouTube subscribers and encourage more people to go for their screening. Another demonstration of my unnerving enthusiasm for the magic of smear tests!

How is the smear test done?

At the doctor’s office you’re usually asked a few questions and then asked to undress from the waist down and lie down on a bed with a sheet over you. You’ll be asked to bend your legs and bring your feet as close to your thighs as possible – it’s a bit like yoga, except they’re much nicer than yoga teachers when it comes to correcting your posture. It feels very odd at first to be casually nude with your bits in the breeze, but you get used to it very quickly.

The medical professional will use a tool called a speculum and insert it into your vagina so they can hold it open and get a clear view; you can ask to see how it works before it all kicks off, so you know what’s going to happen, or close your eyes and imagine you’re on a beach if you’d rather not know the specifics. It’s not at all horrifying though, it just gently opens up the walls of the vagina so they can get the sample.

They will use a soft brush to collect some cells from your cervix, and then they’ll remove the speculum and you’ll be free to get dressed. The whole thing usually only takes a couple of minutes from start to finish. I had a bit of a ‘shy’ cervix (apparently they’re sentient, who knew) so the doctor at my last appointment had to move the speculum around a bit, but it was still finished in less time than a Coldplay song, and was far less painful in my opinion too.

You usually get your smear test results within a couple of weeks, but your healthcare professional should tell you their current waiting time when you get your test. 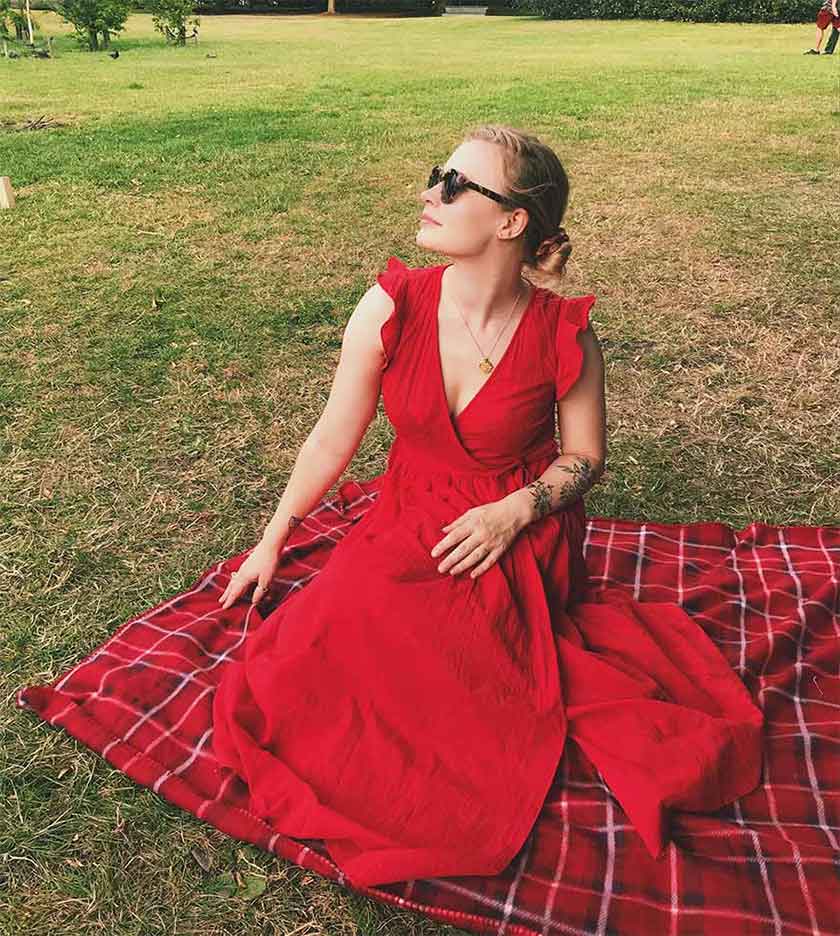 How painful is the pap/smear test? Why is it painful?

This is a tricky question to answer because obviously everybody’s experience is different, and some people do experience smear test pain. For me, it’s a little uncomfortable, and veers into mildly painful when the speculum is being moved around. I know that some people who experience medical conditions like vaginismus have had a much tougher time, and I don’t want to minimise their experiences by saying that it’ll only ever be a little bit of discomfort.

The best thing to do is speak to your medical practitioner about any concerns you have, and to think in advance about how to prepare for the a smear test that might make it easier.

Can the pap test be done during your period?

Getting a smear test on your period isn’t ideal as the sample might be unclear or inconclusive, which could mean you need to have the test again. If you’re not as much as a keen smear test enthusiast as me, you might not fancy multiple tests, so it’s best to book around halfway between your last period and your next. 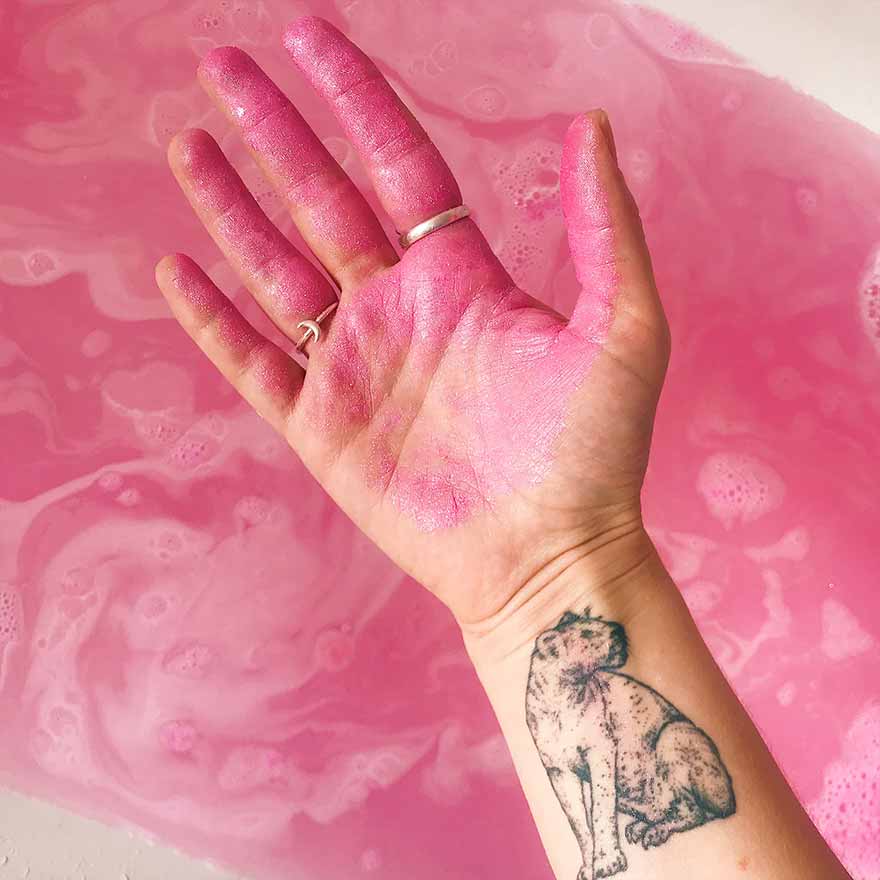 Do’s and don’ts before a smear test

Do wear something comfy like a skirt or trousers that are easy to remove (I prefer a skirt as you don’t have to take it off at all), be honest with your doctor or nurse about any medical concerns or any information they need to take into consideration about your gender identity, ask any questions you have about the procedure and bring a chaperone if it’ll make you feel more comfortable. You could also prepare by having a favourite podcast or album at the ready to listen to for a distraction. Do feel that you can ask for a woman to do the test if that’s important to you (although I’ve now had two male doctors all up in my cervix and it wasn’t anywhere near as bad as I thought it would be!).

Don’t use any creams, spermicide or lubricants in your vagina immediately prior to the test as it’ll make the results harder to see. Don’t worry about the appearance of your vulva, whether you’ve shaved or not, whether you’re wearing your best pants; doctors and nurses only care about your health, not whether or not you’ve pruned your pubic hairs into a topiary in the shape of a swan. Try not to be concerned about smear test etiquette; all they really want you to do is show up!

I know that smear tests are often dreaded or put off for a variety of reasons, but self care isn’t all about bath bombs and scented candles; looking after your health is one of the most important acts of self-care, and the benefits of cervical screening outweigh the negatives. If you haven’t booked your test, I recommend getting it over and done with right now, and immediately moving on to thinking about how you’re going to reward yourself after your appointment for being such an excellent grown-up (I favour an exquisite packet of dark chocolate buttons, myself). 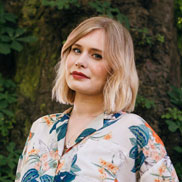 Lex Croucher is a writer and video producer based in London. On her namesake Youtube channel, she spends her time talking about life, beauty, books, politics and vegan food. Her debut book, You’re Crushing It: Positivity for living your REAL life is out now.

2 thoughts on “What the Smear Test is REALLY Like…”