Did you know that Polycystic Ovary Syndrome will affect around 1 in 12 people with periods, but less than 50% of these people are properly diagnosed? Many feel like they can’t speak about their period symptoms — even to a doctor — and PCOS can go unnoticed. We recently spoke to lifestyle and travel blogger, Georgia Caney, about her personal experience with Polycystic Ovary Syndrome – opening up room for a much-needed discussion on this often ignored topic.

Polycystic Ovary Syndrome (PCOS) is a condition in which certain hormones are out of balance caused by a number of small cysts, or fluid-filled sacs on their ovaries.

What are the symptoms of PCOS?

When did you realise your periods were different to others? What signs of PCOS did you see?

Personally I’ve never really suffered with the most common symptom of PCOS — irregular periods. After coming off the pill it took around 6 months for me to get my period back, but since then I’ve been having regular monthly periods. Hormonal imbalance however, was an obvious symptom that I’ve struggled with since I was a teenager. Growing up I always felt like there was a big black cloud following me around, along with erratic mood swings, depression and anxiety. My mum took me to my local GP several times as a teenager to try and find out why my mood was so low, but we were just told it was common for teenagers to feel this way. Shock! 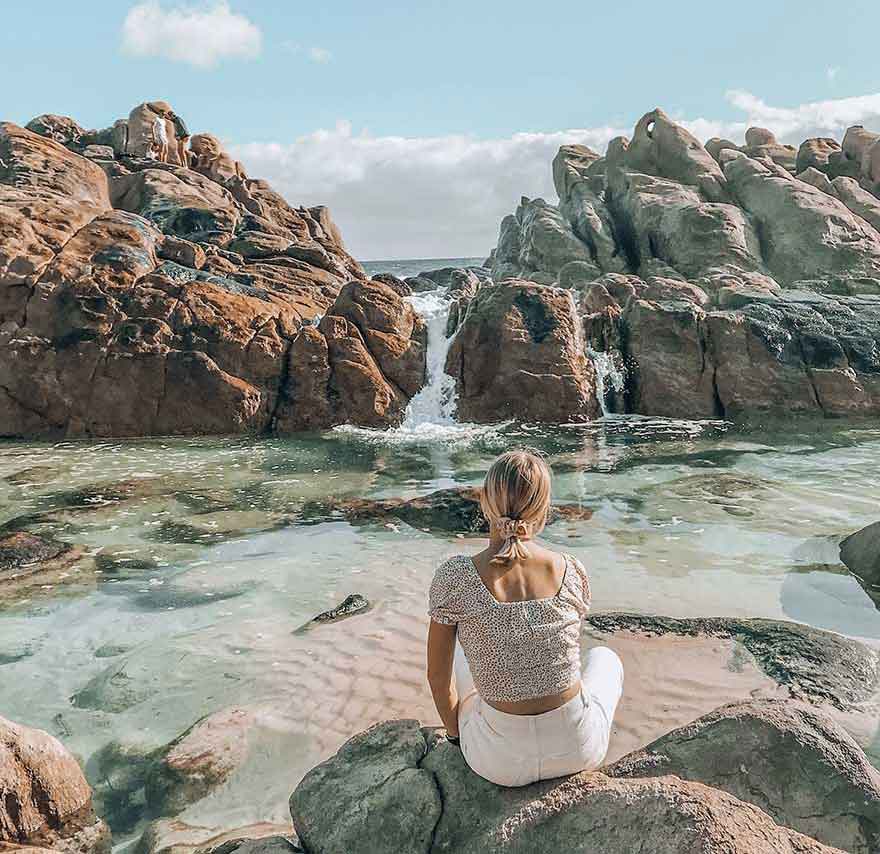 When and how did you get diagnosed?

After years of suffering with chronic period pains to the point of vomiting and fainting, I got to the age of around 26 years old and realised that being told “it’s normal when you’re young” wasn’t a relevant excuse anymore for these severe symptoms. At this point I had also decided to come off of the contraceptive pill, which had made my natural pains worsen. I’d been told by friends and family that my symptoms sounded similar to endometriosis, so I decided to visit my GP and ask to be referred to the hospital for an internal ultrasound (transvaginal ultrasound). To be very honest, the internal ultrasound itself isn’t very pleasant. They insert an ultrasound wand into your vagina with a condom and lubricating gel to look for any abnormalities which takes around 20 minutes. I actually asked the nurse after if she saw anything abnormal, and she told me she didn’t see any signs of endometriosis which put my mind at ease a little.

Fast-forward a few days later, I returned to see my GP for my test results. Unfortunately my regular GP was on leave, and so a younger male doctor read my results to me. I think what was more upsetting for me was the way the doctor relayed the results to me in such a nonchalant manner, counting the cysts found in my ovaries from the ultrasound in such an insensitive way. I thought I might just have A cyst, but turns out I have 16 in each ovary. I go into more details about this story in my PCOS diagnosis video!

But the hard hitting line was “And you’ll probably struggle to conceive”. I left the medical room without even being given a leaflet or any kind of information about what to do next. That for me was the most deflating part, and why I struggled for the first couple of months to come to terms with my diagnosis. I just felt so helpless.

How did you treat your symptoms? Are there any other methods of treatment that you’re aware of?

PCOS is a lifelong condition, but there are options to help minimise symptoms. I discovered a 2009 study found that an astonishing 42% of people with PCOS also had IBS. This rang alarm bells for me. Even though I’ve not been tested for IBS, I’ve always had stomach irritability issues and heavy bloating after consuming certain foods (mainly heavy carbs and wheat products), so I’m very wary about what I eat now as not to cause inflammation. With regards to finding out if I have endometriosis, I saw another GP who told me the only way to find out if I have it is to perform a Laparoscopy procedure. However, she recommended I avoid having this procedure unless I was struggling to conceive, as it could cause more internal damage than good. Turns out it is possible to have both PCOS and endometriosis, but I may never find out for myself!

What are the biggest lifestyle changes you’ve had to make?

After my diagnosis, I did lots of googling on ways to naturally treat PCOS symptoms as well as real life accounts from other people living with PCOS. I came to realise that there was a strong emphasis on good nutrition and regular exercise. Insulin resistance is one of the root imbalances of PCOS, where the insulin lowers your blood sugar by storing glucose in the cells. Insulin is a fat-storage hormone which ultimately means that if you’re eating highly refined carbs and a processed food diet, your insulin receptors become numb to insulin and your pancreas has to work harder to produce more and more.

I now work out 4-5 days a week doing mainly resistance and strengthening training with weights, and I’ve cut certain foods out of my diet to reduce my insulin levels, these include fizzy drinks, processed snacks, refined grains. Since doing so, my bloating has decreased significantly and I feel stronger than ever before! I’ve also realised the importance of getting enough sleep and if possible, putting myself in less anxiety ridden situations to ease my symptoms, as stress is a big contributor to your immune system. 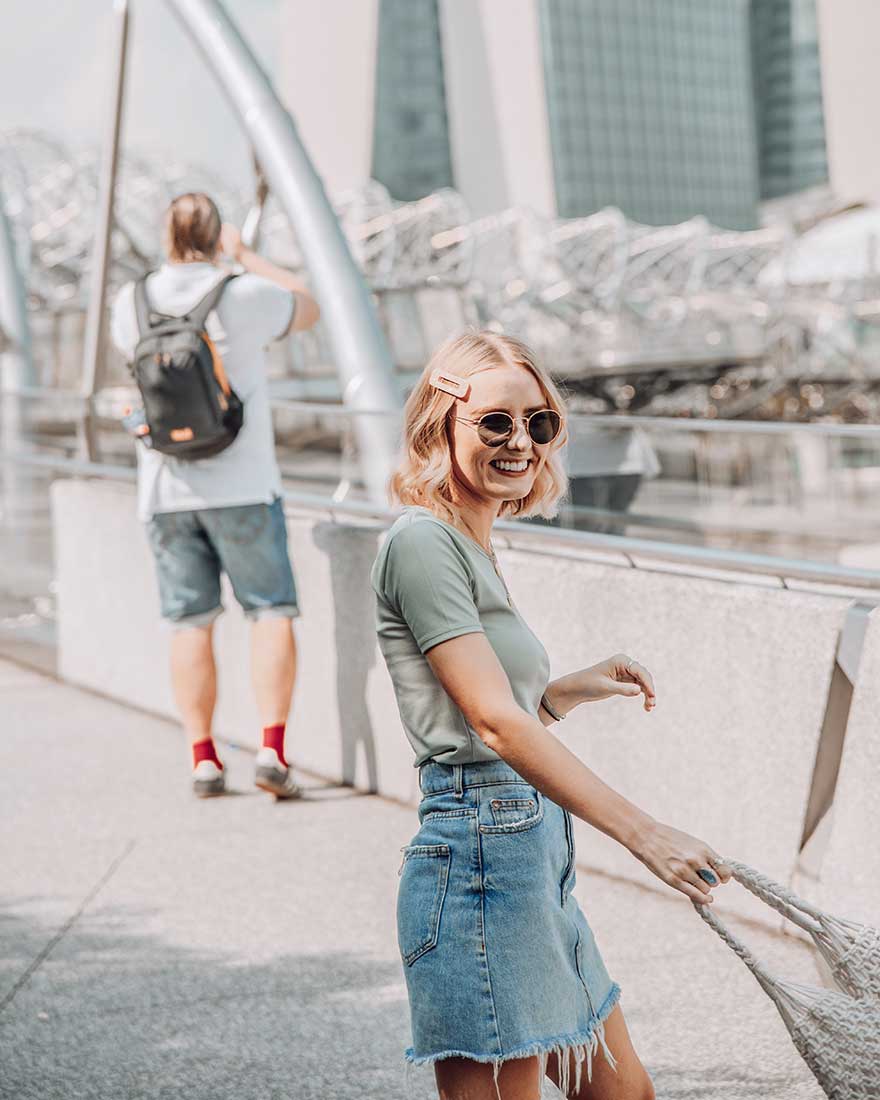 Did you find any sort of stigma around PCOS and/or its symptoms?

With regards to my period cramps, everyone was always very understanding. However, my relationship with my parents growing up was fairly rocky due to my mood swings and low mood. It definitely affected my home life and my parents would get very frustrated with me. I don’t blame them, as I was a bit of a nightmare, but in hindsight we wished we could have spotted that it was some kind of hormonal imbalance playing havoc. I think hormonal imbalances in people of all ages are completely overlooked, and doctors certainly don’t seem to be paying enough attention to the symptoms.

Why have you shared your story?

I already share a lot of my life online, so it felt natural to share my PCOS diagnosis with others as I knew there would be lots of people out there in the same situation as me that could relate. Being diagnosed was pretty upsetting for me, but as soon as I posted about it the response from people in the same boat was overwhelming. That sense of community is super comforting, and I hope I also encouraged others to get checked themselves if they’ve been suffering with similar symptoms.

Top tips for anyone who experiences the same thing

Stay strong and keep positive! Although it feels like the end of the world, things do get better, and you take things into your own hands to ease your symptoms. I think my biggest piece of advice is to start treating your body well and focus on eating a healthy diet and keeping active. Just remember you’re not the only one out there dealing with PCOS, and there’s lots of people both online and offline that you can talk to.

As a pocket sized Brit living in Singapore, Georgia splits her time between making lifestyle and travel videos, exploring the nooks and crooks of Singapore, and vlogging her life as an ‘inside-outsider’ on her namesake YouTube Channel.
Follow Georgia on Instagram.

2 thoughts on “What PCOS Looks Like: A True Story”