Did you know that some conventional tampons are prone to breaking apart and shedding fibres? This happens while they’re inside your vagina, contributing to vaginal irritation. Read on to find out Natracare why tampons don’t shed fibres like other brands.

Putting tampon shedding to the test

By dipping a conventional store-bought tampon and a Natracare tampon into a glass of water, it gives a closer insight into what happens to tampons whilst we’re using them. You’ll notice that almost immediately the conventional tampon’s fibres begin to stray away, and after around 20 minutes the glass is filled with the tampon falling apart.

In contrast, the water in Natracare’s glass remains free of fibres.

So, what’s the difference?

We know that some tampons are more prone to fibre loss than others, but why exactly is that?

It’s because conventional tampons are typically made from rayon and pesticide sprayed cotton. Rayon fibres are short and straight, meaning they separate from each other causing the tampon fibres to shed. Natracare tampons are made from 100% certified organic cotton only, which has long, wavy fibres that easily interlock with each other. 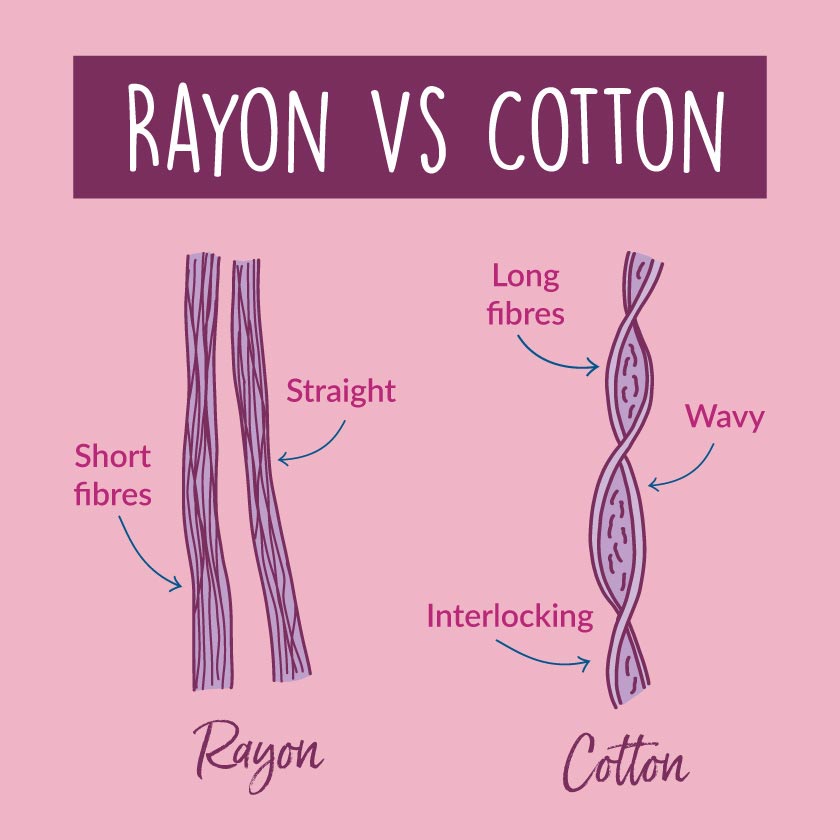 What’s the issue with fibre loss?

It goes without saying that nobody wants tampon fibres shedding in their vagina. It can create an unhygienic environment, encourage vaginal infections, pH imbalance, and even Toxic Shock Syndrome (TSS). In fact, nurses have reported having to remove tampon fibres from the cervix before being able to conduct a smear test, and another study investigating the prevalence of fibres in cervical smears identified Rayon as the most common fibre. Shocking, right?

Natracare tampons are made from certified organic cotton, which has longer fibres than rayon and is less prone to fibre loss!

Tampons made from rayon fibres have also been linked to cases of TSS.  More recent research has discovered that popular tampon brands may release around 17 billion nano plastic fibres during use, increasing the health risks of using these tampons. Can’t say we’re surprised…

Natracare tampons, however, are independently tested to ensure they’re free from harmful chemicals and have not been linked to any cases of TSS. To combat the issue of fibre loss, conventional brands have started to wrap their tampons in a ‘protective veil’ to hold the fibres together whilst absorbing period blood. 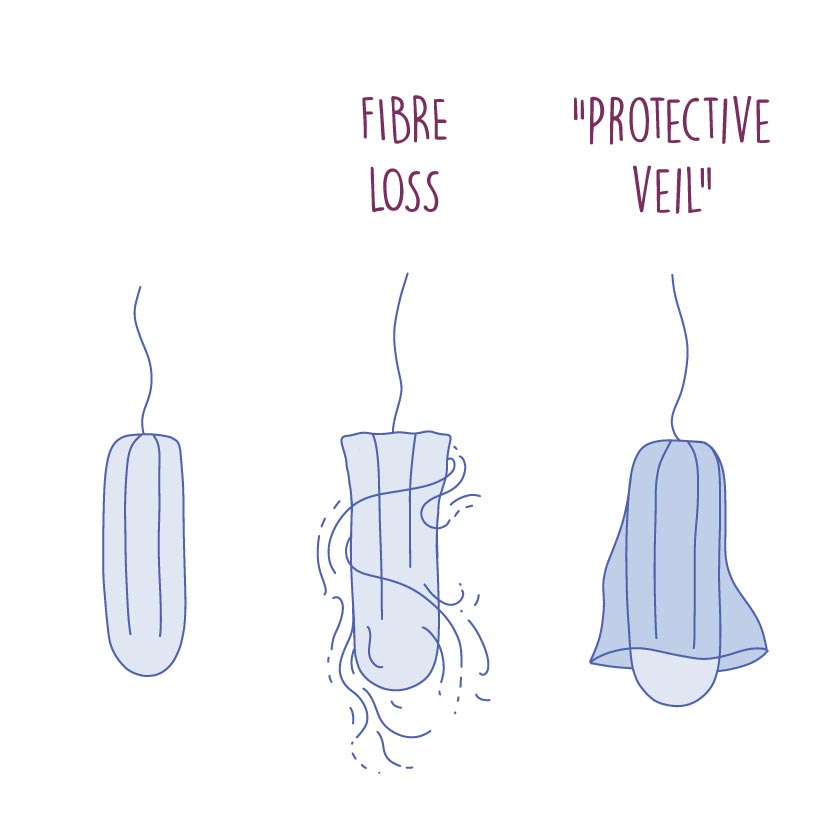 These veils may reduce the issue of fibre loss, but they’re commonly made from polypropylene, a non-biodegradable plastic. This is not only fixing a problem with another problem but adding more unwanted ingredients to products for our most intimate skin.

Natracare tampons are made from 100% organic cotton, helping to ease the worry of fibre loss. Although we always recommend changing your tampons every 4-6 hours.

Find out more about fibre loss in tampons here and why Natracare tampons don’t shed like conventional, rayon and plastic tampons do.

2 thoughts on “The Problem With & Solution to Tampon Fibre Loss”